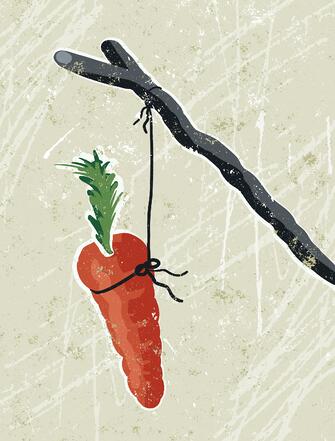 Neuroscience Study Shows how Context Matters for Sticks, but not Carrots

This is the first post in a series where we get to showcase breakthrough work from our customers and collaborators.

In our environments, we’re constantly presented with things we find rewarding (like the Bulbasaur Pokémon I caught today), or downright annoying. Regardless of what we like and can do without, we encode these preferences, and hopefully remember them, so we can fulfill our goal to get what we want, and avoid what we don’t. Mice, too, quickly learn goal-directed behavior.

In a recent nVista system to record dynamic neuronal activity via calcium (Ca2+) responses in all three major cell types in the basal forebrain. The Inscopix system allowed the researchers to ask questions not previously possible with conventional calcium imaging methods, by giving them the ability to target a deep brain area, and in behaving animals.

For the behavioral approach, they trained mice on a goal-directed task called “Go/ No-Go”. They played two tones of different pitches for the mice. After one of the tones, the mice needed to lick in order to get a reward, but suppress their licking in response to another tone. If they didn’t manage to keep from licking, then they received an air puff to the cheek, which wasn’t painful but annoyed them, so they wanted to avoid it.

There are three main findings: Cholinergic neurons consistently and quickly responded to licking and movement, and to the air puff during the task and while freely moving about the cage. In a distinct manner, GABAergic and glutamatergic neurons showed excitation and suppression during licking and responded preferentially to air puffs delivered during the learned task.

Thus, they identified a neural response to an annoyance that depends on behavioral context. Interestingly, they also found that all cell types responded much more strongly to the annoyance, rather than the reward.

This is the first study to provide a comprehensive characterization of activity in the three major cell types of the basal forebrain during innate and learned behaviors. What questions does this study open up for future work? Since they saw both common and distinct responses, they can further dissect the role of each type of cell in behavioral modulation by determining whether the diversity of responses was due to distinct targets of the neurons, or neuronal subtypes.

Connect with us at www.twitter.com/inscopix