Anxiety is Innately Coded by a Hippocampal-Hypothalamic Neural Circuit

The hippocampus mediates learning and memory, and since it receives its inputs from many areas, including the cortex and limbic system, it integrates vast types of information which can be paired with stimuli during learning. For example, a mouse can learn to fear a neutral environment if it is paired with an annoying stimuli, like a footshock. Sometimes environments are innately anxiety-provoking to the mouse, like the open arm of an elevated plus maze. Mice avoid the open arm and when in it, display anxiety-related behaviors. In a new paper out in Neuron today, first author Jessica Jimenez and colleagues show that the hippocampus, and specifically the ventral hippocampus, carries an innately negative valence about environments. In particular, the authors of this new study showed that a subpopulation of ventral CA1 (vCA1) cells of the hippocampus are enriched for coding anxiety-inducing stimuli that then leads to anxiety-related behaviors. This population that encodes anxiogenic stimuli projected specifically to the lateral hypothalamus (LHA), and not the basolateral amygdala (BA). When they compared vCA1→ LHA projections to vCA1→ BA projections, they saw that there were fewer anxiety cells in the vCA1→ BA, a surprising finding since the vCA1→ BA is known to be important for context-fear associations.

Senior author Dr. Mazen Kheirbek of University of California, San Francisco, summarized the findings, “We identified a novel pathway that directly links the hippocampus with the hypothalamus to generate anxiety-related behavior.” This study raises the very intriguing possibility that the hippocampus is actually hard-wired to respond to stimuli and environments that produce an innate avoidance, while others may be hard-wired to respond to appetitive stimuli and environments. It also opens up further investigation into the neural circuits carrying the valence information into, within, and out of the hippocampus.

The study began with an experiment observing the neural activity, in the form of calcium transients, in the vCA1 while mice freely explored environments they found to be anxiety-inducing, or anxiogenic. To achieve this technological feat, they used the Inscopix nVista system while mice explored the elevated plus maze (EPM). As explained by Dr. Kheirbek, “nVista technology allowed us to directly access these neurons and record their activity in behaving mice to determine how they code for anxiety-provoking experiences.”

Next, using the Inscopix nVista system, the authors compared the neural activity in the dorsal and ventral hippocampus at the population level. They did not see heightened activity to anxiogenic environments in dorsal CA1 (dCA1) that correlated with anxiety levels. But they did see that dCA1 preferentially represented spatial information, unlike the vCA1. Thus, dCA1 is enriched for the coding of spatial information while vCA1 is enriched in anxiety cells.

Focusing in on the vCA1, they tested whether the neurons responding to anxiogenic environments were excitatory or inhibitory by imaging neural responses specifically in the inhibitory neurons. They did not see the heightened activity, suggesting that the vCA1 neurons showing heightened responses to anxiogenic stimuli are glutamatergic pyramidal neurons.

Finally, they tested subpopulations of projecting pyramidal neurons, one that projects to the LHA and another that projects to the BA. They performed both optogenetics and in vivo Ca2+ imaging, showing that it is specifically the vCA1→ LHA pyramidal neurons that are enriched for anxiety cells. These vCA1→ LHA cells occupy a distinct layer in vCA1 from the vCA1→ BA cell populations. 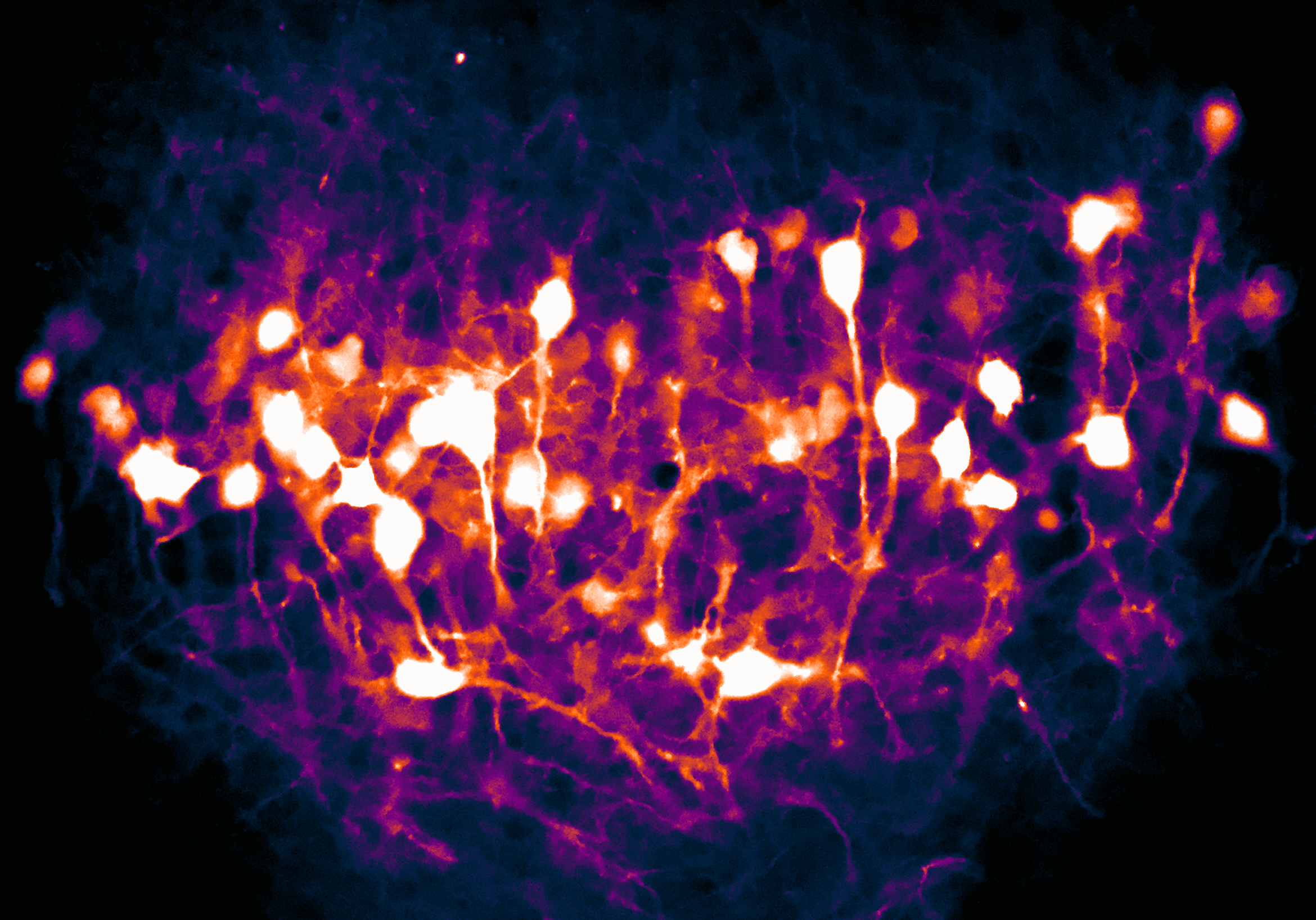 This study gives fundamental insights into the neural circuits mediating anxious responses to anxiety-provoking environments, and thus relates to a potentially better understanding of what may be affected during mental illness. Although it’s difficult to precisely determine how many people have an anxiety disorder, it’s reported to be the most common mental illness in the U.S., affecting 40 million adults age 18 and older. This number is likely to be an underrepresentation, given that many with mental health disorders don’t seek treatment, or present with symptoms that could fall under a number of diagnostic criteria. Importantly, this study may point to novel targets for the treatment of mental illness.