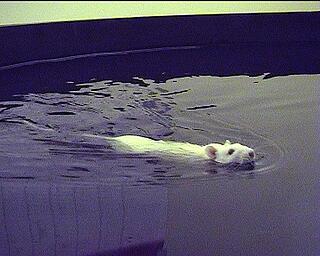 How does the nervous system guide/produce specific behaviors? Over the years, neuroscientists have relied on behavioral paradigms to understand the brain’s control of behavior in humans and non-human animals from early development to senescence. This encompasses motivation, perception, attention, learning and memory, and motor performance and offers insights into the complex interplay between the brain, behavior, and environment.

Researchers use different types of behavioral paradigms to investigate the neurobiological substrates of cognition in animal models. Significant advances have been made in the methods used to assess animal behavior, how they perceive a stimulus, and their mental or emotional states. This information can then be used to identify the genetic, cellular, and molecular correlates of the behavior. Rodents, especially transgenic mice, are commonly used in biomedical research and have been critical in understanding the neural basis of behavior.

Spatial memory tasks: These tasks employ visuospatial working memory (the ability to retain spatial information) and rely on the function of the hippocampus1.

Morris water maze: This is the most frequently used spatial memory paradigm and is used to test hippocampal-dependent learning and memory. The animal is placed in a circular pool filled with opaque water and has to locate a submerged platform to escape from the pool. By using visual cues from initial trials (when a visible platform is placed in the tank), the animal demonstrates its ability to learn the location of the platform and become progressively better. The time it takes to locate the platform, over a number of trials, is used to measure learning and memory.

Radial arm maze: The 8 arm radial maze is primarily used to measure spatial memory, with some versions that are used to measure working and reference memory. Four randomly chosen arms are baited with food pellets and animals are trained to identify the arms that contain the food reward. Following habituation, the amount of time it takes for animals to find the arm containing the food and the number of times it crosses an arm already visited, is measured. 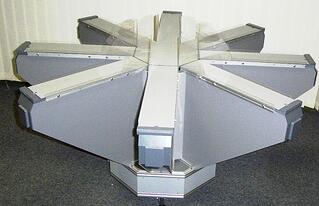 Contextual memory tasks: This involves conscious recall of the source or circumstances of a specific memory and involves hippocampal function2.

Passive avoidance learning: This is a fear motivation task and is used to assess short-term or long-term memory. The apparatus contains two compartments, light and dark, with a gate in between. During training, an aversive stimulus like a foot-shock is delivered as the animal enters the dark side, which it naturally prefers. The animal learns to associate this foot shock with the properties of the chamber. After training, the latency to enter the dark side is measured as the memory of learned avoidance.

Working memory tasks: Working memory helps us maintain and store information in the short term, and works as an interface between perception, long-term memory and action, and relies on the hippocampal-prefrontal system3,4.

Novel object recognition: This test is based on the animal’s ability to distinguish an old object from a new one. Animals are placed in a chamber and allowed to explore an object. Following  a brief interval, the animal is returned to the chamber that now contains the same object along with a novel one. Being naturally curious, rodents take more time to explore novel objects. The time spent in exploring and interacting with both objects is measured.

Elevated plus maze: This is a four-armed platform with two closed arms and two open arms, that are raised above the ground. The animal is placed in the center and is allowed to explore all the arms. Activity in the open arms reflect anti-anxiety behavior. The distance traveled, time spent in each arm, and number of entries in each arm are measured.

What paradigm do you use for your behavioral research? Let us know in the Comments section.

You can also view our poster to learn how you can study neural network dynamics underlying cognition and behavior, as well as a number of disease processes.