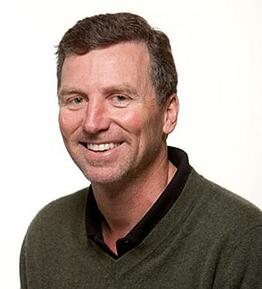 Of visual perceptions and computations in mice

Inscopix Seminar Series featuring a guest lecturer who works on the visual system in mice.

The brain is a complex and dynamic structure composed of heterogeneous neuronal populations intimately entangled with each other. Direct causal and correlative studies are necessary not only for understanding this complex connectivity but also for linking connectivity to function. At the Salk Institute for Biological Sciences, Dr. Ed Callaway is using different tools for imaging the mouse visual system to understand the pathways, neural connections and cell types to decipher its functional organization.

As part of the Inscopix Seminar Series, Dr. Callaway discussed the organization and function of the visual system that underlies visual perception. His lab uses mice to understand how specific features in the environment are represented in the brain. Using two photon calcium imaging, Dr. Callaway's lab showed the functional-anatomical organization of motion detection in mouse dorsal lateral geniculate nucleus (dLGN), the thalamic relay nuclei for vision. His work demonstrated that dLGN can manipulate and sharpen retinal information before relaying it downstream1. Further work in his lab revealed functionally distinct higher visual areas in mouse which encode unique combinations of spatiotemporal features, such as motion versus pattern-related computations2. He ended his talk by discussing his work on the differential contrbutions of two types of inhibitory neurons, somatostatin and parvalbumin, in integrating spatial information in the mouse visual cortex3.

Dr. Callaway shared his insights with scientists at Inscopix on various topics including the role of binocular vision in visual processing and recent developments in rabies virus tracing technology used for labeling neural circuits. His noteworthy body of work is beginning to explain some of the long standing questions on visual perception along with the functional properties of neurons that contribute to complex processing in the visual cortex. It was a great talk involving lots of discussions, and I am optimistic that this will someday help to decode how the visual system operates in primates and humans.

Brief Biography: Dr. Edward M. Callaway is a professor in the Systems Neurobiology Laboratories and Audrey Geisel Chair in Biomedical Sciences at the Salk Institute for Biological Sciences where his work focuses on understanding the organization and function of the visual system.