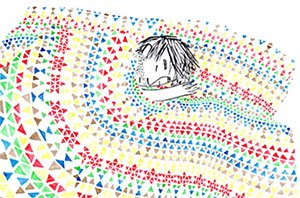 Sleep: A missing link to memory loss in Alzheimer’s disease

It has long been known that accumulation of beta-amyloid leads to cognitive decline in Alzheimer’s disease. However, scientists are still trying to understand underlying mechanisms that lead to this pathological outcome. A new correlational and cross-sectional study published in Nature Neuroscience has deciphered an intermediary factor that links beta-amyloid to disruptions in the slow wave activity of non-rapid eye movement (NREM) sleep.

Using PET scans, fMRI, and EEG analysis in 26 cognitively normal older adults, the authors found that participants with high levels of amyloid in the medial prefrontal cortex (a region associated with cognitive functions in the brain) had poor sleep quality, and consequently impaired memory retention. This study provides evidence for sleep as a novel therapeutic target for reversing memory impairments in older adults as well as patients at risk for Alzheimer’s disease.

A lack of appropriate model system and phenotype heterogeneity of autism spectrum disorder (ASD) have impeded identification of the underlying risk factors. A study conducted by researchers at Yale University simulated brain development using induced pluripotent stem cells (iPSCs) from ASD patients. iPSC is a new technology which allows detailed functional analyses of neurons generated from living individuals with ASD, and can serve as a model to study differences in brain development between control and ASD patients. 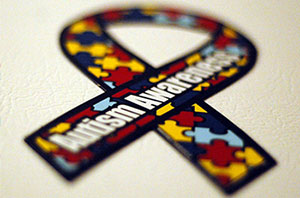 Samples were collected from individuals with macrocephaly (enlarged head/brain), a commonly reported ASD phenotype. Although ASD is a heterogeneous condition, the researchers were able to identify common alterations across all samples, like increased cell proliferation and overproduction of inhibitory neurons. This imbalance in network activity was due to an increase in FOXG1 gene expression, which has previously been associated with Rett syndrome. The authors found that by suppressing the expression of this single gene, neuronal balance was restored, thereby reversing the network abnormalities in these cells. This is a remarkable study which suggests a potential role of FOXG1 as a biomarker for ASD and lays the foundation for novel drug targets for this disorder.

Conventional methods for studying circuits in the brain use metal tubes or cannulas to deliver drug or light, and require surgery, which can cause tissue damage and are not well suited for chronic implants. Scientists at the Washington University School of Medicine, St. Louis, and University of Illinois, Urbana-Champaign have overcome this technical challenge with a revolutionary neural interface technology. They have developed a new wireless device which is made of soft materials and is minimally invasive, thereby causing significantly less tissue damage. These flexible, optofluidic neural probes are ultrathin (with a thickness of 80 µm and width of 500 µm) and come with multifunctional capabilities. The authors have demonstrated its use for optical manipulation of deep brain tissue and programmable drug delivery without any physical contact with the animal for unrestricted freely moving behavior.

The development of these probes will provide insights into the structure and activity of the brain and how cognition is generated, ultimately opening the door for new treatments and helping people with brain disorders.

Calcium ions play an important role in modulating different neuronal processes. At the membrane, Ca2+ can transduce electrical signals into second messenger pathways, resulting in different adaptive responses of the neuron. Dendritic spines serve as a prime location for this Ca2+ mediated signal transduction process. A new study shows how changes in spine Ca2+ can lead to long term plasticity of the spine’s functional state.

The authors demonstrated a novel link between voltage-gated Ca2+ channels and ryanodine receptors. Ryanodine receptors induce enhancement of Ca2+ influx through voltage-gated Ca2+ channels from the endoplasmic reticulum. This represents a new form of Ca2+ transient plasticity and might play a role in formation of memories. This study describes a novel physiological mechanism of how neuronal Ca2+ signaling regulates cellular function and can help explain how disturbances in this mechanism may underlie neuropsychiatric disorders.