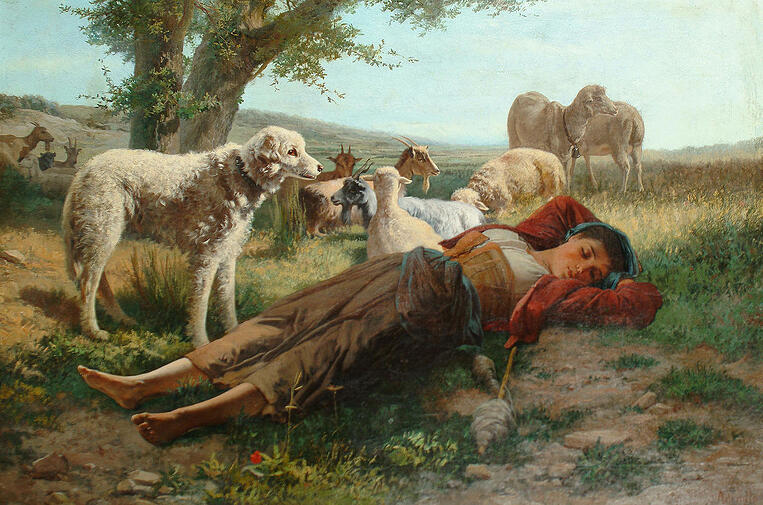 Technology can enable our lives in positive ways, if used wisely. Take my experience just over the last twelve hours. Last night I downloaded a sleep app that wakes you up at an optimal point in your sleep cycle. In other words, it makes sure the alarm doesn’t go off during REM (rapid eye movement) sleep, when you’re dreaming, or deep sleep. How a mobile phone app accurately measures sleep cycles is still a mystery to me (an accelerometer?), but I can say that this morning, I was ready to get up with the alarm (a novel experience for me) and felt remarkably well rested, even with only seven hours of sleep. Tech for the win!

How well we sleep has a huge impact on our daily lives, making it a fascinating area of research. A recent study in mice takes a fresh look at the neural circuits involved in sleep by applying enabling tech. The scientists employed a miniaturized microscope targeted to the dorsal pons, an area at the base of the brain that is thought to first generate REM sleep. This tech gave researchers the ability to reach a deep brain area and record activity from individually identified neurons while mice freely transitioned between sleep and wake cycles. Plus, they recorded activity from a large-scale ensemble of neurons simultaneously, greatly facilitating data collection.

The dorsal pons contains several types of neurons, and a fair amount is known about which neurons might drive REM sleep. Particularly, dorsal pons neurons which secrete the neurotransmitter acetylcholine are robustly active during REM sleep (and wakefulness), while monoaminergic neurons (those that secrete neurotransmitters like norepinephrine) are rather silent during REM (though active during wakefulness). Neurons which secrete neurotransmitters GABA and glutamate are also regulated during sleep cycles, but their activity in REM sleep isn’t well understood.

In this new study, scientists Julia Cox, Lucas Pinto, and Yang Dan, Division of Neurobiology, Department of Molecular and Cell Biology, Helen Wills Neuroscience Institute, Howard Hughes Medical Institute, University of California, Berkeley, characterized the sleep–wake activity of glutamatergic and GABAergic neurons, including the spatial organization of their responses in the dorsal pons. Using a genetically encoded Ca2+ indicator, they performed cellular-resolution Ca2+ imaging in freely moving mice as they transitioned naturally through the sleep–wake cycle. They showed that the activity of both GABAergic and glutamatergic neurons was strongest during wakefulness and REM sleep, which was expected based on prior work. However, they noted several new findings. In their hands, glutamatergic neurons responded maximally during REM sleep, while GABAergic neurons responded preferentially during wakefulness. Moreover, they showed that the selectivity of  glutamatergic neurons during REM sleep depended upon their location in the dorsal pons, such that more REM-active glutamatergic neurons were distributed medially, and the wake-active neurons were located more laterally.

This is the first time a study has taken such a comprehensive look at how cell-type specific neuronal activity is spatially organized in the brain, all while a subject freely moves and sleeps.  Since neurons in the dorsal pons are known to project to multiple targets, it’s possible that the two groups of glutamatergic neurons identified represent two separate neural circuits, promoting either the REM or wake state. As the authors point out in their paper, their characterization of the spatial distributions will facilitate future efforts to uncover the molecular identity of a neuron, its connectivity, and the functional roles in sleep–wake control. Further study into these sleep and wake circuits holds enormous potential for providing novel insights into neuropsychiatric disorders like depression, as well as neurodegenerative disorders like Alzheimer’s and Parkinson’s disease.