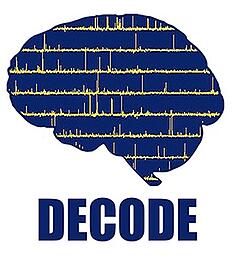 The Logic of DECODE

Why a neuroscience startup launched a scientific grant program.

There are two important dates in Inscopix’s journey so far. The first is July 2011, when Inscopix was born out of a Ph.D. dissertation at Stanford University to empower neuroscientists to fearlessly pursue bold ideas by removing technological barriers. Our technology for imaging and interpreting dynamic neural activity in the brain during natural behavior is a testament to that vision. The second is April 2013, when President Obama announced the BRAIN Initiative to revolutionize the understanding of the brain in action through technological acceleration. It was a rather gratifying day for us because the President of the United States had just made the very essence of our existence a national priority.

So, this February when the President issued an “all hands on deck” call to action for the initiative, we asked ourselves one question: How can a young neuroscience startup make an authentic and meaningful contribution to this ambitious project?

After introspection, we concluded that the best mechanism for Inscopix to support the BRAIN Initiative is to institute a scientific grant program, one that maximizes value by addressing specific needs of the neuroscience research community.

Our academic origin and commercial nature enable us to identify these needs. We know, from experience, that access to new state-of-the-art technologies is often a challenge for investigators. But, we also know that the biggest deterrent to truly transformative neuroscience research lies elsewhere. Today, most neuroscientists are products of a compartmentalized training regime. We are either molecular, cellular, systems, cognitive, behavioral, or computational neuroscientists. And, we are either experimentalists or theorists. Many state-of-the-art technologies that probe the brain in all its complexity require investigators to have a skill set that spans many of these verticals. This exaggerates the learning curve associated with using such technologies. In this competitive world of publish or perish, nothing discourages investigators more from pursuing bold research ideas than the possibility of delay

Through our “in-kind” grant program, DECODE (Deciphering Circuit Basis of Disease), Inscopix will incentivize investigators to pursue groundbreaking brain research by coupling technological access with comprehensive training. In addition, DECODE will seek to further accelerate the pace of research through a close and sustained partnership between Inscopix and the grantee. To facilitate this partnership, Inscopix will open its doors wide open so that grantees can engage with our interdisciplinary team of highly driven neuroscientists, physicists, engineers, and data scientists, to meet their research objectives in a scientifically rigorous and timely manner. Inscopix is fully invested in our grantees’ success, and by transcending the traditional grantor-grantee dynamic, this partnership will differentiate DECODE from other grant programs that commence with an award and end with a progress report.

DECODE, at its core, is an aspirational scientific endeavor. To ensure that scientific excellence is recognized, rewarded, and sustained, we have constituted an all-star committee of neuroscientists and brain-disease experts, Guoping Feng (MIT), Eric Nestler (Mount Sinai), Stacie Weninger (Fidelity Biosciences Research Initiative), Mark Schnitzer (HHMI/Stanford), and Huda Zoghbi (HHMI/Baylor), to provide leadership to the program.

DECODE’s aspirations are also reflected in its ambitious charge: To establish a direct link between neural circuit activity and disease phenotypes. We believe that this is an important charge for two reasons. First, comparative investigations of how the same circuit functions differently in health and disease will cross inform each other and accelerate the mechanistic understanding of the brain. And second, the sheer debilitating nature of brain disorders, and their $2.5 trillion estimated global cost, makes investigating the neural circuit basis of brain disease a noble and worthy goal in and of itself.

It is important to note that while DECODE is disease-centric, it is not disease-specific. We are not prioritizing any disease areas, not even traditionally defined dysfunctions of the brain. This is in response to a growing appreciation that all organs of the body are under the direct or indirect influence of neural circuits in the brain. As a result, the definition of what exactly constitutes a brain disease is rapidly evolving. So, researchers of Alzheimer’s and asthma, PTSD and obesity, autism and Crohn’s, Parkinson’s and diabetes, epilepsy and rheumatoid arthritis, and all others, you are invited to apply.

With DECODE, Inscopix hopes to propagate a new research culture. A culture, which rewards and celebrates the individual investigator as the most powerful engine of scientific progress. But, which also recognizes that no single investigator, discipline, or entity holds the key to unlocking the mysteries of the brain.

DECODE is a small but significant step in that direction. And, while we cannot predict its final outcome, we do know one thing:

We saw an incredible opportunity to effect change. And we seized it.