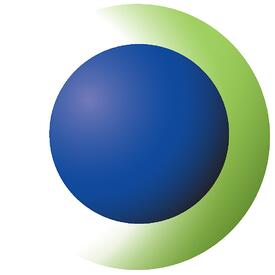 Inscopix launched the DECODE Grant Program in response to President Obama's "All Hands on Deck" call to action for the BRAIN Initiative, this past summer. By doubling the size of DECODE, Inscopix will now support up to ten laboratories selected through a competitive grants process for a period of two years. Dr. Kunal Ghosh, Inscopix CEO, said, "By doubling our commitment, we will better serve the tremendous response from the neuroscience research community to DECODE, and further accelerate the discovery of novel neural circuit based signatures for brain diseases. This is crucial to achieving the President's vision of uncovering new ways to treat, prevent, and cure brain disorders such as Alzheimer's, PTSD, and Autism."

Inscopix's DECODE is an "in-kind" grant program, that is a part technology award of its core nVista HD technology, an end-to-end solution for imaging and interpreting dynamic neural circuit activity during natural behavior, and part technology training. Inscopix has received proposals for a diverse range of psychiatric, neurodegenerative, and neurodevelopmental disorders from new and advanced investigators, alike. A blue-ribbon committee comprising of the world's leading neuroscientists and brain disease experts, Eric Nestler(Mt.Sinai), Guoping Feng (MIT), Stacie Weninger (Fidelity Biosciences Research Initiative), Mark Schnitzer (HHMI/Stanford), and Huda Zoghbi (HHMI/Baylor), will select up to ten awardees from this distinguished pool of applicants. The awardees will be announced during the Society for Neuroscience conference on Nov 16th at the Inscopix Community Reception in Washington D.C., and the awards will commence from early next year.

Inscopix is pioneering a new paradigm in the quest to understand the brain and its diseases. Inscopix has developed the means to relate neural circuit dynamics to corresponding behavior. With its flagship product, nVista HD, Inscopix is today disseminating these capabilities to neuroscientists across the world, empowering them to gather unprecedented data sets and make breakthrough scientific discoveries. With in-house neuroscience expertise combined with strategic collaborations around the world, Inscopix stands at the brink of making fundamental advances in basic brain research and treatments for diseases such as Parkinson's, autism and schizophrenia.