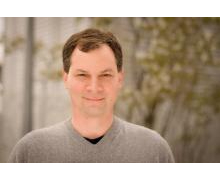 Believe it or not, this post was on our editorial calendar way back in January, and not even in our wildest imagination had we envisioned that at the time of publishing, life itself would become defined by the topic at hand- fear. Fear and anxiety are all too familiar to the world as a whole at this time in history. But if you’re part of the scientific community like us, it may be comforting to put a scientist’s lens to those fear-related behaviors. We welcomed 2020 with some incredible publications on fear memory circuitry featuring our nVistaTM miniscope, which when considered together, paint a fascinating picture of amygdala biology and function. Read through for our round-up of these publications, which we hope serves as a virtual hug made of cool new facts, fun data, creative experiments and much more that your neuroscientist’s brain loves!

In a January publication in Neuron, the Tonegawa lab at MIT's Picower Institute for Learning and Memory applied the nVista miniscope to study how Ppp1r1b+ neurons in the posterior basolateral amygdala (pBLA) extinguish fear memories through feelings of reward.

One set of neurons to mediate both fear and reward, you ask? Yes! 🙌

We know that during fear extinction training, mice can overcome fear memory-induced behavior by what is thought to be suppression of the fear memory with the formation of new memories. Zhang et al. present an elegant demonstration of how this happen, and it involves reward. Briefly, a specific subset of pBLA neurons expressing Ppp1r1b drive positive reward memories that override the negative valence associated by Rspo2-expressing neurons with the original fear memories. The authors hope that identification of the specific neuronal subpopulation responsible for fear extinction can help treat fear disorders like PTSD and anxiety.

The labs of Larry Zweifel and Garret Stuber at the University of Washington have published a collaborative study in Nature Communications on the role of central amygdala (CeA) neurons during fear extinction training.

But now, we know- activation of CeA-CRF neurons plays a key role in persistent fear states, such as in stress/anxiety/fear disorders.

STRESS. Ugh. Am I right or am I right?

We are all living proof right now that stress-induced neuroadaptation is fundamental to mental health. Yet, the precise mechanisms involved are unclear. This study by Pliota et al. makes an attempt to fill this gap in knowledge by using a fear conditioning behavioral assay wherein passive freezing, as opposed to exploring, was recorded as a response to increasing stress (shock). nVista imaging in these freely behaving mice details a dynamic neural circuit underlying the passive stress response that is modulated predominantly by the neuropeptide corticotropin-releasing hormone (CRH).

(Side-note: CRH = CRF! These names have historically been used for the same neuropeptide.)

You can read all the publications that use the nVista system here! And be sure to check out the technology and it’s many applications here.

Thank you for reading, and stay safe and healthy!